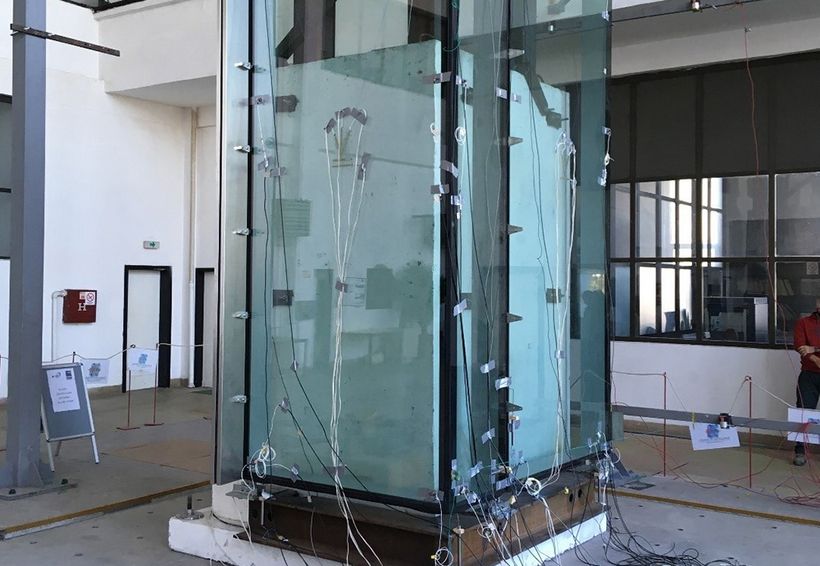 Tested safety in case of earthquake

Earthquakes pose an omnipresent threat in many regions of the world. Earthquake-proof construction and strict building regulations are key criteria for protecting life, health and material assets of local populations. A first step is to test suitable components for seismic safety and resistance.

For this, the static properties and the seismic resistance of various products will be tested by GiB. The tests are carried out at the institute IZIIS in Skopje / Macedonia.

Two earthquake experiments have already been carried out successfully. On the one hand for the product raised floor and on the other hand for a façade system which was used in a project in Great Britain. The test setup of the façade system consisted of two full glass structures, one corner and one standard element, fastened via standard brackets on a primary structure of reinforced concrete and steel girders. In the lower connection, the coupling to the usually underneath elements has been simulated. The two raised floor systems tested were weighted with different loads. In addition, the test systems showed variations in terms of their construction height (500 mm and 1000 mm). The test setups were mounted in an especially manufactured steel cube, which was anchored on the so-called "shaking table". To demonstrate the behaviour of a larger raised floor area, larger area dimensions were tested step by step.

The complete test specimens - wired extensively with sensors and probes - stand on a "shaking table". During the tests, the table was accelerated horizontally and vertically at certain frequencies and thus simulated the course of the real earthquakes in Kobe (Japan, 1995), El Centro (Mexico, 1940) and Petrovac (Montenegro, 1979). In addition, the "fictitious" earthquake standardized in the American AC156 standard was simulated. The two systems were able to meet easily the criteria required for all variants tested. The knowledge gained regarding the preparation, the course and the extent of the pressures serve as a model for further examinations.